Spinnerbait has been a popular choice among anglers for decades, and for good reason. They help you catch fish! To improve your chances in hooking into a nice fish, let’s take a closer look at what makes up a spinner as well as some casting options when you are using one.

It’s All About Those Blades

Besides the hook and skirting, the most obvious feature on a spinner is the blades found on the other end of the U-shaped wire. They can be used singularly or in pairs or more. These are added to the bait to produce flash as well as agitating the water in away that the surrounding fish can feel.
The first style of blade to consider is referred to as the Colorado blade. It is stubby in appearance when compared to the other types. It is also wider. This shape produces a lot of “noise” that the fish will pick up on. It will also move through the water with more wobble and at a slower pace than other types that agitate less water.
At the opposite extreme, you have the Willow blade. Long and thin like the leaf that they are named after, these won’t wobble like a Colorado will and they also move a lot faster. This will make for a smoother movement while potentially generating more flash.
In between these extremes is what anglers refer to as the Indiana blade. It fits comfortably between the other two styles. They are large and often have an irregular surface pattern. They tend to rotate at a moderate speed but can push a lot of water
due to their size.

On the hook side of the spinnerbait, you will find a jig head at the top of the hook with the area covered in a skirt. The color of the head and skirt often match and come in schemes that are bright and attractive or more subtle and “natural” in appearance. Attracting fish by color and movement is the purpose of the skirt, so brighter schemes will often work better on sunny days while darker colors are usually more effective with less light.

When it comes to line, heavier is better in general. Depending upon the depth you are fishing and the size of the spinner, you can use line weights ranging from 17 to 40 pounds. No matter what weight you use, try to avoid going with less than 10-pound line.
Rod selection will be based on personal preference and how you are using the spinner. Select a rod that you are comfortable in handling and aids you in feeling for a fish strike. Reel packages will also be based on preference for most anglers.

While many burn the reel, remember that you can fish slowly with a spinner and get great results. Add some random movements by killing the spinner once in a while and altering speeds.
Check out Yellow Bird Products, a leading spinnerbait seller, to see all sorts of high quality fishing products. 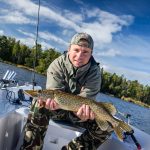 Why Fishing is A Good Hobby 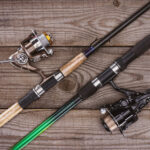 5 Things to Look for When Selecting the Perfect Fishing Rod 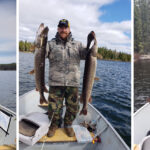