Perch, when cooked, has a mild but sweet flavor high in healthy fats and protein. The fish will go after jigs, spinners and plugs. You want a lure that reacts less to movement because perch swim fast. Let’s have a look at how you can crank in more perch during an ice fishing trip.

You drill extra holes because the fish sometimes move from one hole to the next, which lends you flexibility to move with them. Drill a couple of main holes around you with a couple of extras to move if they’re not biting.

Tip #2: Best Time to Fish for Perch in the Winter

The time for fishing for perch varies by season. In the winter season, you want low-light conditions because they feed more during this time. Head for the lake around mid-afternoon to evening to catch more perch. Perch have big eyes which gives them great eyesight.

You greatly improve your chance of success the longer you have lines in the water. Check with your local regulations on how many you can set up. This presents as many opportunities as possible for reeling in more fish when you keep a line in the water.

Don’t take the line out of the water for foolish reasons.

Perch like to feed in deep water, and especially in the winter months, many perch will swim out into deeper water.

Ice forms near the top of the water, and they don’t want to get trapped in the ice formations, so they swim deeper. Don’t make fast movements with the lure in the winter season. Perch slow down during this time.

Typically an aggressive fish, they don’t act as aggressive and slow down like the other fish in the winter as water temperature affect feeding habits. In the winter season, perch don’t swim as far for food.

Tip #5: Use a Light Weight and a Big Sharp Hook

The lightest weight that you can find works wonders because perch don’t like resistance. Lighter weights increase your odds of catching one. Having a big sharp hook with barbs helps because it keeps the fish on the hook.

When a perch grabs your bait, they will fight with a scrappy attitude. They violently shake their head from side to side and fight savagely against the angler. A sharp hook keeps the worm on the line and the perch.

Tip #6: What Perch Go After

Most anglers don’t fish for perch exclusively. They might have one on their line occasionally, but most people don’t seek to put them on their line. Perch usually go after corn, meat, boilies, pellets, worms and small minnows.

On some lakes, the perch feed on insects, and on other lakes, they feed more off the minnows. That changes depending on the time of the year. Understand what they currently want, and you will reel in more perch.

Perch may look like a panfish, but they often play in the role of a shrunken walleye. Using a bigger lure in a perch fish school inspires aggression, and it ensures that you put the biggest perch possible at the end of your line. Don’t pull too hard on the hook when you feel a bite because you can easily pull the hook right out of its mouth. 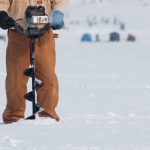 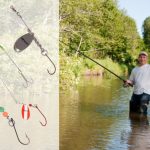 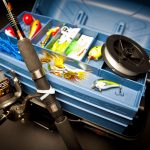 7 Must-Haves For Your Fishing Tackle Box